Our tariff communities, our subsidiaries

tpg is a member of the Gestion Communautés Tarifaires (GCT), which includes unireso and Léman Pass tariff communities.

Created in 2001, unireso tariff community aims to simplify travel within the canton of Geneva by offering a single fare and a single ticket valid throughout the area on the public transport systems operated by its member companies: tpg, SBB, and the Mouettes genevoises shuttle boats. A distribution key redistributes the revenue from ticket sales to each operator.

The aim of the Léman Pass tariff community is to promote occasional or commuter travel between Geneva and regions in Vaud and France through logistical and economic cooperation between the cantons and across the border.

tpg has several subsidiaries dedicated to activities such as mobility and advertising.

Created in 1998, TP Publicité SA – formerly TPG Publicité – sells advertising space on the vehicles of the tpg and tl (public transport in the Lausanne region). It pays tpg a fee collected on its revenues.

Its Board of Directors is composed of a member of tpg management, as well as several members of the tpg’s Board. 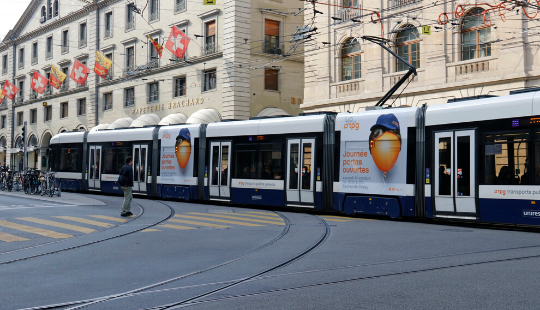 tpg France was created in 1994 to manage cross-border relations and to acquire shares in companies operating public transport lines in neighboring areas in France, such as TP2A and the Téléphérique du Salève.

The company tpg vélo SA was created in 2012 for the operation, management and maintenance of a self-service bicycle system, as well as the sale of various related products and services. It is managed by four directors, all of whom are members of the tpg’s Board of Directors.

Created in 2002 and owned 51% by RATP Dev and 49% by tpg France, TP2A operates the Annemasse public transport network (TAC).

Since 2013, tpg has been operating the Salève cable car through the Société du téléphérique du Salève, a company created in partnership with RATP Dev and COMAG in which the tpg holds 47% of shares. 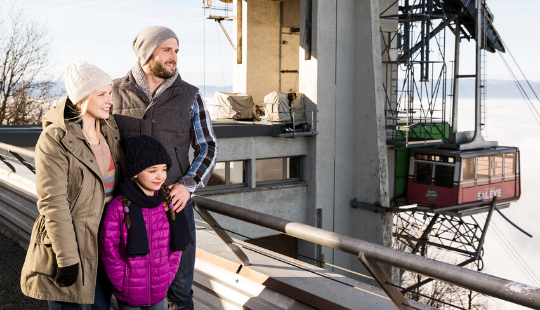 The mission of the "Pension fund in favor of tpg employees" is to protect tpg employees or their beneficiaries from the economic consequences of old age, disability and death.