Getting to the Jardin anglais

Located on the lakefront in front of the Jet d'eau, the Jardin anglais houses the famous Horloge fleurie (Flower Clock) as well as the National Monument erected in memory of Geneva's entry into the Swiss Confederation.

You can easily get to the Jardin anglais by bus. Discover all the information you need to organize your ride in complete comfort.

The Jardin anglais, a bucolic stroll

Between the famous Horloge fleurie (flower clock) and the National Monument, the Jardin anglais offers a real bucolic stroll.

At the heart of this park is the monumental fountain of the Four Seasons surrounded by ancient trees as well as its old bandstand which hosts numerous concerts on summer evenings.

The Jardin anglais is a unique location and is one of the most charming places to stroll on the Left Bank. 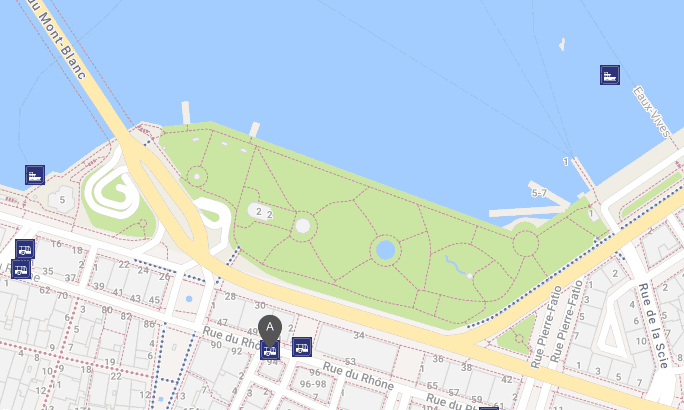 What lines should I take to get to the Jardin anglais?

Plan your trip from your location in Greater Geneva.

This monument celebrates a historic event: the attachment of Geneva to Switzerland, through two young women carrying sword and shield, the Republic of Geneva and Helvetia.

Come and discover this monument in the Jardin anglais, facing the lake.

A bit of history

The Jardin is the privileged witness of the evolution of the harbor at the end of the 19th century. The monumental fountain of the Four Seasons already sits in the middle of the park when the Mont Blanc Bridge, erected in 1862, appears. In 1869, the National Monument was inaugurated. The Jardin anglais has been further expanded and modified over the years.

The first park in the city to be composed in the English style with curved paths and trees planted free of alignment, the site originally called “the Promenade du Lac” became “the English Garden”.

In 1955, the place was decorated with the Flower Clock, which quickly became the most photographed monument in Geneva. 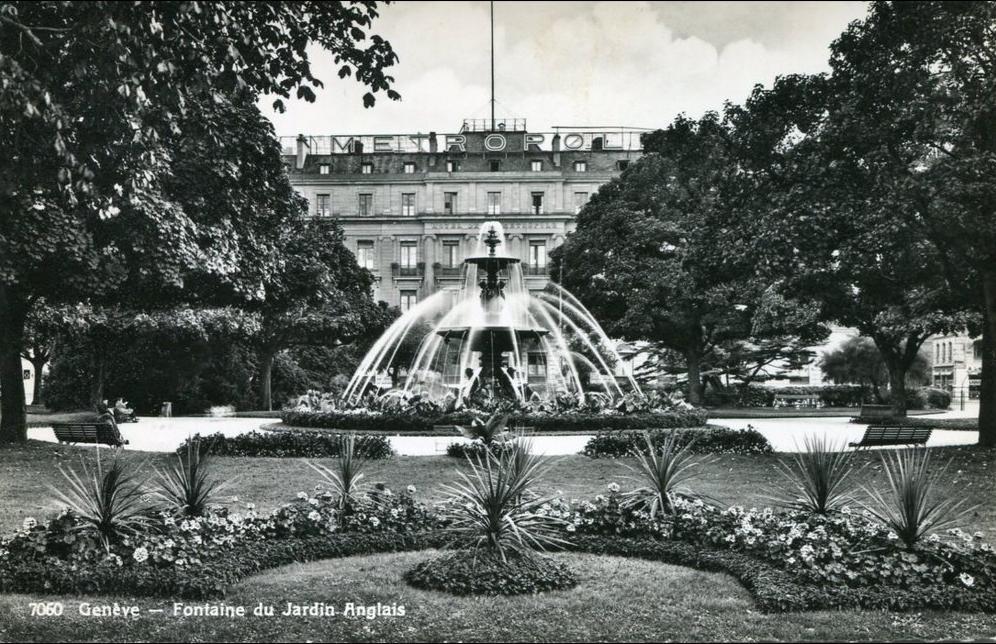 You can also cross the lake on either side in a few minutes by taking the “Geneva shutte boats”.

The loading and unloading points of the shuttle boats are as follows: Molard, Eaux-Vives, Pâquis, Perle du Lac and Genève Plage.

Find all the prices of tickets, day passes and yearly and monthly travel passes to travel on the tpg network.

Discover other parks and public gardens in Geneva

If you are visiting Geneva, do not miss the most beautiful parks in the city of Geneva.